Minister for Transport, Tourism and Sport, Pascal Donohoe, TD, recently announced €990K for a new Connemara Discovery Point on Wild Atlantic Way, the design of which was produced by Denis Byrne Architects with Sherwood Associates and Cleary and Connolly.

Stories of Marconi Wireless Station and of the first air crossing of the Atlantic by Alcock & Brown will be brought to life to attract visitors. The project at Derrygimlagh, Connemara, Co, Galway is one of the key 15 Signature Discovery Points along the route of the Wild Atlantic Way.

The money, allocated from Fáilte Ireland’s Wild Atlantic Way capital programme, will significantly enhance the site which was the setting for two outstanding technological achievements of the 20th century: the Marconi Wireless Station, the world’s first commercial transatlantic wireless station in 1907; and twelve years later (in 1919) when Alcock and Brown landed on the site marking the first nonstop, trans-Atlantic flight.

“History was made not once but twice at this rugged outpost overlooking the Atlantic Ocean, yet, today, you would hardly know it. This investment will allow us to bring that history to life and turn what is currently a curiosity into a ‘must-visit’ destination along Ireland’s newest attraction, the Wild Atlantic Way.Our new touring route is already proving popular at home and overseas but, if it is to deliver the increased visitors and revenue we want, we need to bring the local stories alive. Today’s funding marks another chapter in that work.”Pascal Donohoe — Minister for Transport, Tourism and Sport

The proposed improvements to the Derrygimlagh Discovery Point include a purpose built car and coach park facility with a significant sculpture to celebrate the world’s first transatlantic flight in the car park. Other developments will include a picnic area and a looped walk on existing bog road with six key stops providing opportunities for visitors to engage first hand with the stories of the site including the unique landscape and flora and fauna. 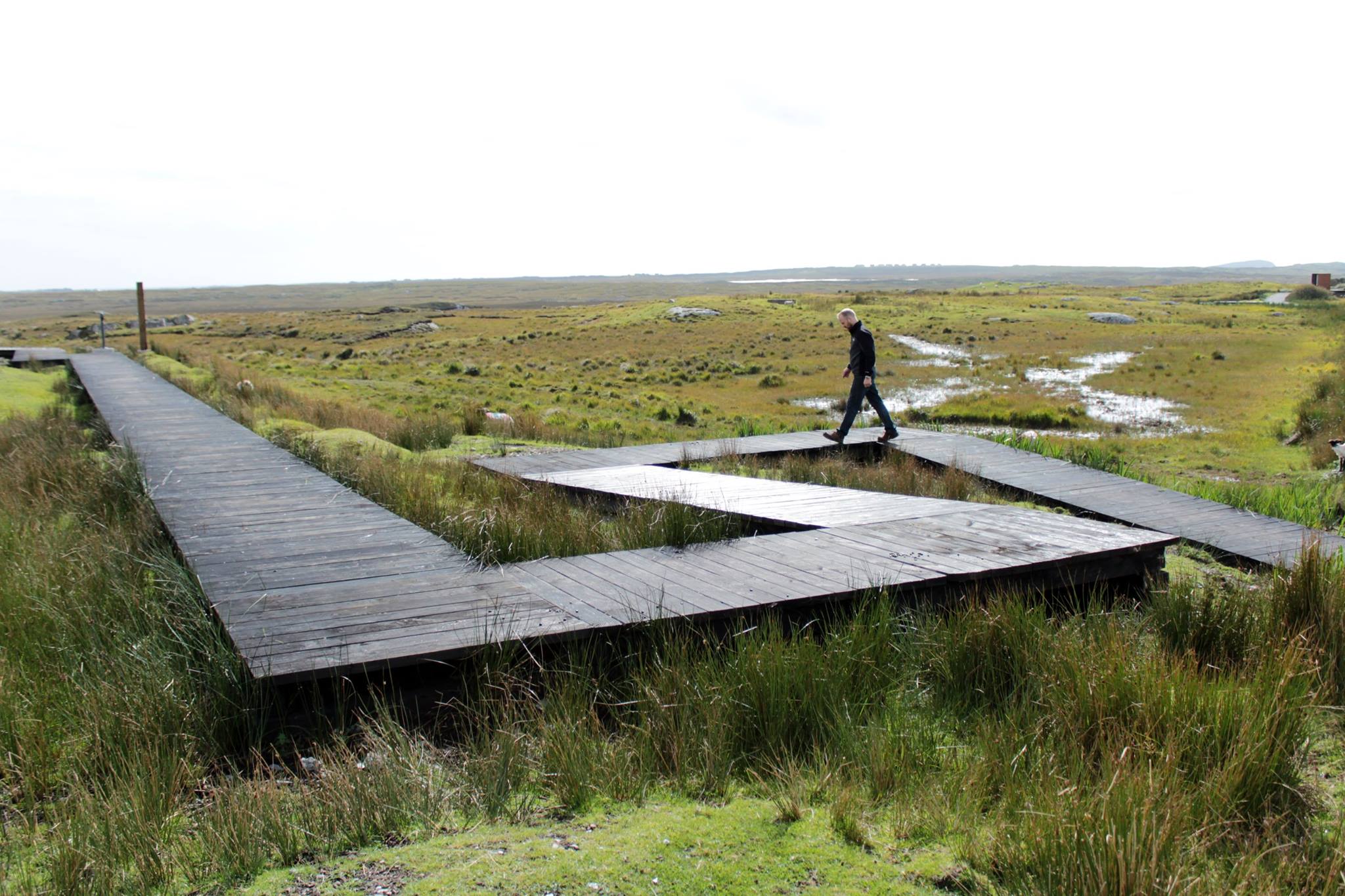